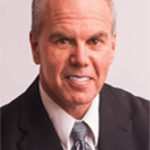 David was born August 10, 1963, in Akron, Ohio. David graduated from Mogadore High School in 1982. While attending The University of Akron, Dave met Dawn Snyder and they were wed in August 1986. Dave graduated from The University of Akron with a degree in business in 1990. After college, Dave accepted a position with Prudential Life Insurance Company. He stayed with Prudential for 10 years, until the opportunity to own his own insurance agency with Nationwide presented itself. Dave moved his family to Upper Sandusky in 1996. He opened a satellite office in the Tiffin area in 2009. Dave and Dawn raised four children in the Upper Sandusky area, both homeschooling, and having them attend local and private schools. All of his children are now graduated from high school. His youngest is still in school, attending Moody Bible College in Chicago, IL, with plans to work in ministry after graduation. His family gained a son-in-law in 2010, and two grandchildren in recent years.

Growing up, Dave attended The Chapel in Akron, a non-denominational congregation. Dave remembers attending VBS and giving his life to Christ at the age of 9. Camp Carl, located in Ravenna, Ohio, had been an impactful part of his faith journey. Through years of attending as a camper himself, he worked as a counselor for 5 years. His children all followed in his footsteps, both attending and working as counselors at Camp Carl throughout the years.

I received Jesus Christ in my heart at the age of 16 years at the Italian Christian Church of North America in Clarksburg, West Virginia. My first pastor, R.L. Corsini is still living today at the age of 93.

Since moving to Upper Sandusky, Dave and his family have regularly attended Trinity Evangelical United Methodist Church. Dave owns Outland Insurance Agency Inc., located at 101 Reservoir Road in Upper Sandusky. He has been a supporter of NewVision FM since moving to the area, and you can still hear three of his children in a underwriter spot created some 15 years ago. He is excited to be a part of this radio ministry.