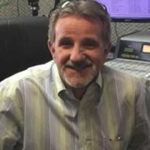 Jeffrey (Jeff) Hall was born to Rex and Ida Hall, August 11, 1959. Born in Fostoria, OH and raised in Tiffin, OH, his parents divorced when Jeff was 7 and his father became distant and rarely around. His mother remarried when Jeff was 11 bringing Gerald Bowers into the family and he became the man Jeff would call dad. He was raised by a neighboring farm family (Robert Theis) and attended Tiffin Columbian High School graduating in 1977.

Jeff had signed up for the U.S. Army in December of 1976, on the delayed entry program, departing for basic training 3 days after graduating high school. While in Germany in 1978 a Chaplin approached Jeff and asked him if he knew about Heaven and Hell and if he wanted to live in Heaven. Jeff said a few words and asked the Chaplain to go get a beer with him to celebrate. Not knowing what he had done, Jeff continued to live his life from a worldly view point and did not honor the blessing he had received earlier with the Chaplain.

Jeff spent 3 years active duty with the Army returning to Tiffin and joining the Army Reserve, retiring on orders as a Command Sergeants Major in April of 1995. While serving in the reserves Jeff would meet his future wife Cassandra (Cassie) Park at a credit union for the Armed Services in Toledo, OH. They were married October 1986 and have 4 children. In 1998 Jeff’s stepbrother, David Bowers became an Ordained Minister and called all family members to share the Gospel. After a quick conversation, Jeff accepted the LORD again continuing on the same path of worldliness.

In addition to serving in the military, Jeff was also building a trucking company. In 1998 he befriended a local store owner who approached Jeff on February 25th 2000 and shared with him that their church had been praying for him and that their pastor wanted to meet Jeff and his wife. They went to visit with the pastor and shared with him that Jeff had accepted the LORD twice but not making any sense of it. On that day Jeff and Cassie both gave their lives to Christ. 10 days later their bank called calling their loans of nearly 10 million dollars. At that time they made a decision to stick close to the LORD and not follow worldly guidance. In 4 months their business was over, and the LORD figured out how to pay all the secured creditors and had Jeff back in trucking all over again, running the business the way the LORD wanted it to be run without Jeff having to file bankruptcy.

Jeff and Cassie have committed their business to the LORD, making mistakes every day and trying to earn the favor of the Father by correcting them as quickly as possible. They attend Findlay’s Evangelical Free Church with their children and support the community whenever they can.